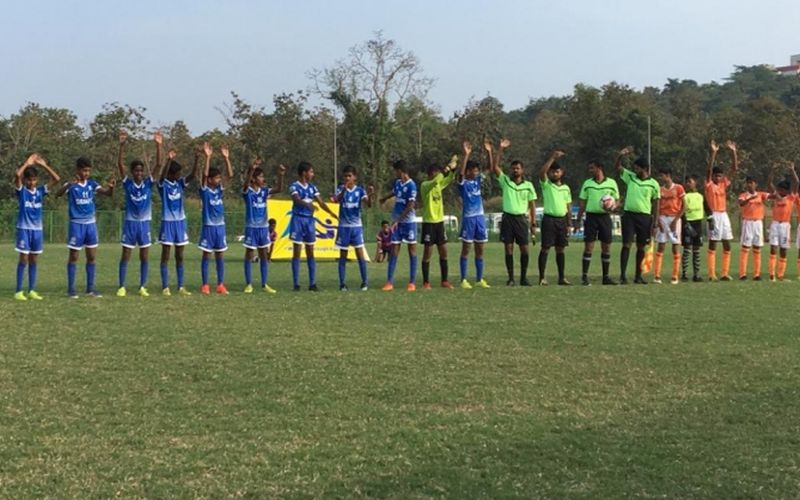 The Golden Eagles Under 14 Team produced another clinical display in the GFA Under 14 League as they went on to defeat Sporting Clube De Goa.

Pradip Chodankar’s boys started and finished the game almost entirely in the opposition half with Topon Mirj giving the home side the breakthrough in the 20th minute of the game. His dummy throwing his marker off balance, giving the academy boy enough time to calmly slot the ball home.

He had a chance to add to his tally moments later, his header whizzing past the post just before the first half came to an end.

In the second half, the boys added to their tally through Nihar Naik, the defender finding himself in the right place at the right time after some clever play from Reniel Dmello.

The Eagles added a third just before the end when Dalwin Coelho volleyed in from close range to ensure the boys cruise to their 3rd win of the campaign.