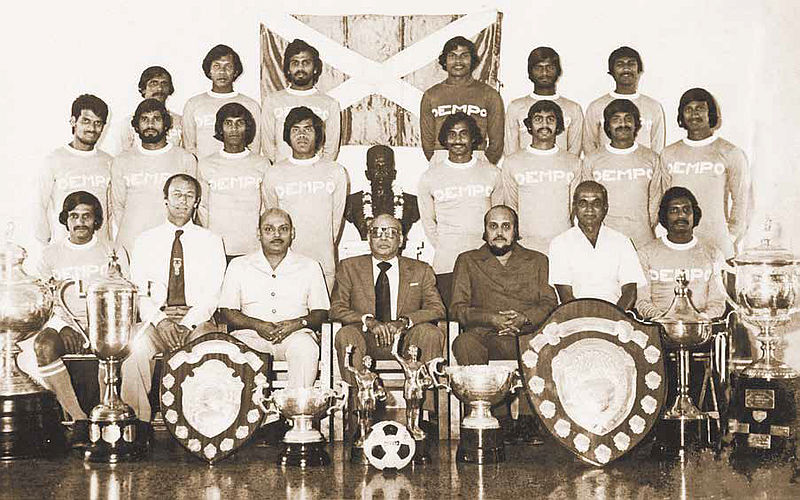 Based in India, Dempo Sports Club is a professional football club, that currently competes in the Goa Professional League. Founded in 1967, the club has gone on to become one, if not the most successful club, Indian Football has ever witnessed, currently under the ownership and guidance of Mr. Shrinivas Vasudeva Sinai Dempo, Chairman of the Dempo Group of Companies, the club has begun to invest huge time and money in the development of talent, right from the Grassroots level all the way to the senior team.

The Golden Eagle model of development, stresses on the Vision of the Club & the belief that the way forward is to develop a system of progression whereby each player is given the best chance to progress forward.

From our club Grassroots Program all the way through to our Senior team, Youth Development is always at the forefront of the picture as we continue to put onus and have that commitment to their development, repaid in the progress we continue to see.

In 2019 alone, Dempo Sports Club were crowned Champions in the GFA U-14 & GFA U-16 tournaments as well as qualifying for the Hero Sub-Junior League, Hero Junior League & Hero Elite League tournaments, topping their zonal groups across all competitions & age groups.

Ella Football Ground, in Old Goa, is the home ground of Dempo Sports Club. Located within the boundaries of the Dempo Sports Club Academy. The ground is widely considered among the best in the state.

The venue has been a mainstay of the Dempo Sports Club development project since 2017, and even as the amenities to host top tier games, including, Dugouts, Home & Away Dressing Rooms, Physio Rooms, Gym & Seating Capacity.

A regular host for many matches in the Goa circuit, the ground is frequented by many Indian Super League & I- League teams, as a venue for the Pre Season Camps.

Our Trailblazers have done it again! 🔥 After a

"I am overwhelmed with the continuous dedication t

With the Winner and Loser of the Title & Relegatio

Busy building up for Matchday 11 👊 All set for

Putting in the work before our final challenge of