Dempo Sports Club has announced that Pradhyum Reddy has joined the club as its Chief Executive Officer (CEO) from June 1, 2022. Commencing with the 2022-23 season, Reddy will head the Dempo SC and will handle all the responsibilities of its First team, Academy, Youth Development, Grassroots, Scouting and Administration.

A well-known figure in the football fraternity, Reddy has extensive experience in coaching, scouting, and grassroots & school-level football. He is also a prominent television commentator. Reddy brings more than two decades of coaching experience – in India, the U.S.A., and the U.K. – to the club. He has coached Pune FC, Shillong Lajong, D.S.K. Shivajians, Bangalore FC and Delhi Dynamos in India.

Dempo SC is looking forward to Pradhyum and his leadership commencing a new phase in the club’s journey, consolidating its first teams, strengthening youth development, and transforming the Football Academy into the finest in India.

Dempo SC is one of the prominent football clubs in India and the most successful team in the National League with unbeaten 5 titles. Over the past six decades, the club has progressed from professional football to developing football talent from the grassroots. The Golden Eagle’s model development is always at the forefront, emphasising player progression and the pathway from grassroots to professional football.

Dempo SC has laid foundation to compete at the highest levels 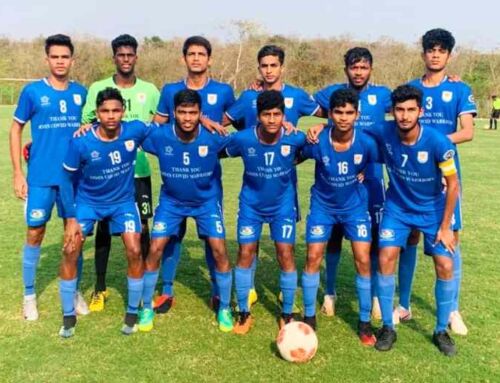