Dempo Sports Club eased past Churchill Brothers FC with a comfortable two-goal victory against the visitors. Goals from Richard Cardoz and Gaurav Vaigankar in the first half were enough to earn the Eagles their second win and a first clean sheet of the campaign.

Having to deal with a number of unfortunate injuries, Coach Samir Naik was forced to make a few changes from the side that played FC Goa in the last game, Pedro Gonzalves, Latesh Mandrekar & Nigel Fernandes were all given the thumbs up, as they replaced the injured Beevan DMello, Desmon Perreira & Uttam Rai.

With both teams desperate for the points, it was the Eagles who started the game on the back foot and had to endure early pressure in the opening minutes of the competition with the Red Machine’s dominating the match-up and creating the better chances. As the game progressed and the boys began to grow into the game, it was a moment of magic from Richard Cardoz that ultimately broke the deadlock. Catching everyone off guard, his 40 Yard Piledriver sailed into the top left corner of the Red Machine Goal to give the Eagles a surprising yet ultimately deciding lead.

With Dempo opting to soak in the pressure and catch the visitors on the break, Danstan Fernandes & Kritikesh Gadekar’s long passing ability were being called more and more into the picture, as  Richard Cardoz and Gaurav Vaignakar both bombed down the right flank, it were their well-timed runs and quality from the midfield that was causing the Churchill defense the most problems.

In between the two penalty shouts that the eagles will feel were harsh not be awarded, it was a set-piece routine that gave Samir Naik’s men their second of the evening. Capt. Shallum Pires who was leading the side in place of the injured Bevan D’Mello found fellow defender Gaurav Vaigankar free on the second post, the former Calangute man made no fuss about the finish, a glancing header into the empty net was enough for the number 3 to earn his second goal of the campaign.

After the restart, it was the Eagles who started the better of the two sides but were not able to earn a cushion for their efforts. With the players beginning to show signs of fatigue, Samir Naik opted to change the midfield and add some much-needed energy into the game, Suraj Hadonkar, Ariston Costa, and Alber Gonsalves replaced Richard Cardoz, Pedro Gonsalves, and Latesh Mandrekar as the boys look to run out the remainder of the game.

As time began to run out, the visitors began to push more and more men forward in an attempt to change the outcome of the game, having been able to come close on several occasions but not managing to affect the score line, it was the Eagles defense that were coming out on top, thanks to the ever-present Shallum Pires and Darell Mascarenhas, both defenders seemed to be in the right place at the right time as the Eagles earned the three points and the clean sheet. 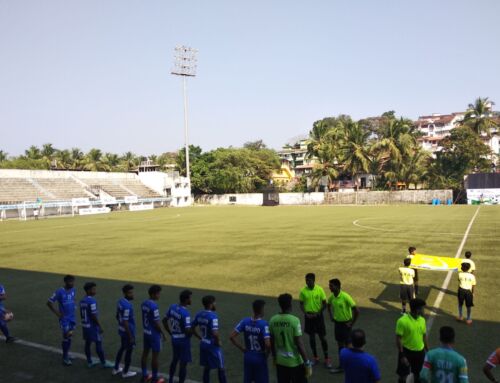 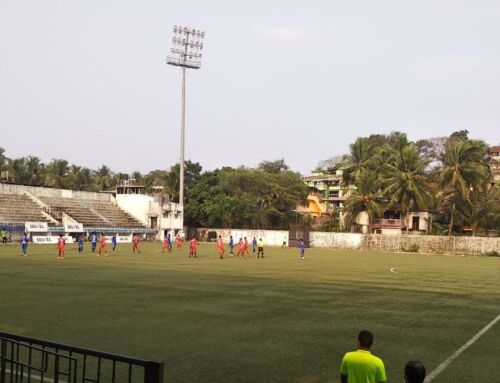 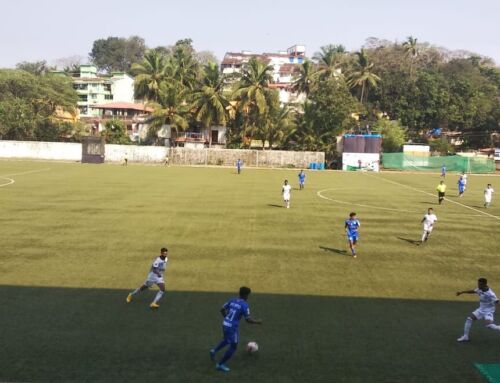