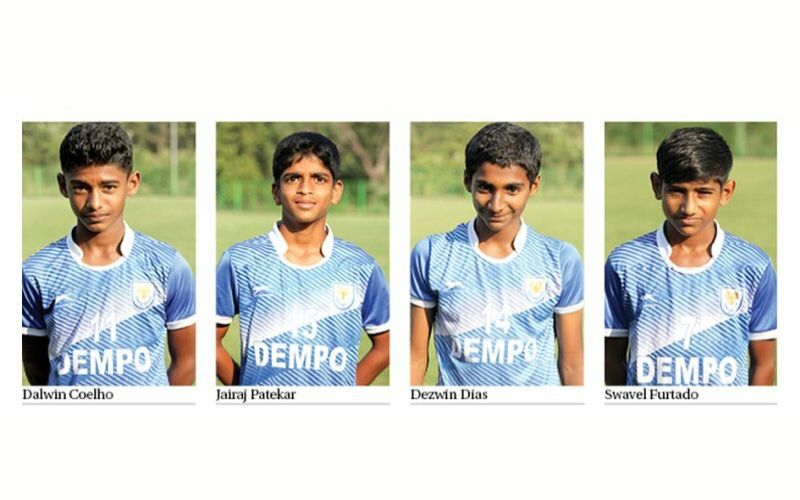 The win takes Dempo SC to the top of the table with 14 points from six games and Salgaocar are second with 11 points, having played one game less. Sporting Clube de Goa is second from last after having managed to garner four points from five matches.

Dempo SC had squashed Sporting Clube 8-1 in their home match in December.

Dempo SC started with authority and managed to maintain the same through the seventy minutes as the Sporting lads were unable to offer any resistance to the planned and methodical approach adopted by the winners.

Dempo SC started scoring in the 4th minute through Dezwin Dias and kept adding to the Sporting misery in regular intervals with the losers unable to stitch a single noteworthy move in the seventy minutes of play.

Midfielder Dalwin Coelho, who has scored four goals in his sixth appearance, scored the second goal for the winners two minutes after the first was scored and the misery for the Sporting lads continued with Swavel Furtado and Dalwin combining well with striker Jairag Patekar who had a good evening.

Swavel took the issue out of Sporting’s grasp in the 30th minute when he scored the third goal five minutes before the break and by then Sporting looked as good as buried. The winners trooped for the lemon break on a three-goal cushion.

Dalwin put the final nail in Sporting’s coffin and completed his brace – in the bargain – when he scored his team’s sixth goal when the game was 66 minutes old.