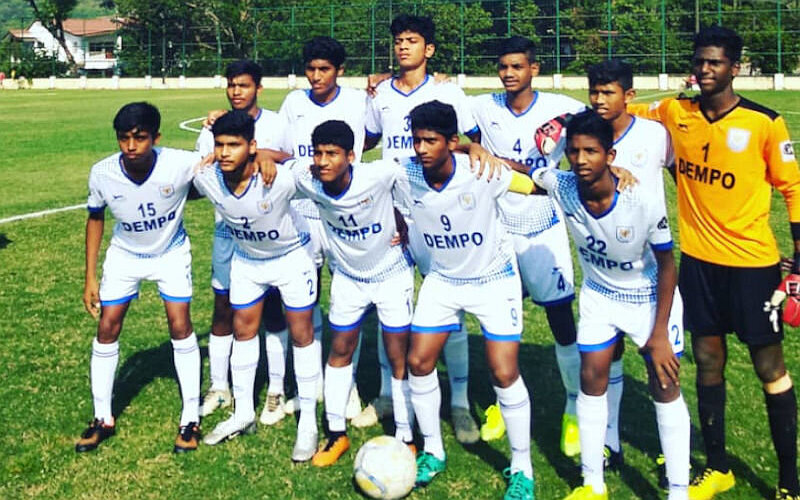 The game started with both teams testing each other and the ball moving from one end to the other. Sesa FA, playing at home, enjoyed superiority in the first session but were unable to break through the Dempo defence that was overseen by Richon Oliveira and Clarence Fernandes.

Dempo SC captain Shreyash Naik did try to surprise the Sesa FA players with his quick runs and sudden shots at the Sesa goal and his efforts bore fruit in the 44th minute when one of his attempts at the Sesa goal was deflected into the goal by SFA defender Savio Peixoto. The winners trooped for the lemon break leading by a goal.

Dempo SC played the second half with more urgency with Shreyash proving to be a thorn, disturbing the SFA players with his runs and subsequent assists to his colleagues.

Dempo SC doubled their tally in the 52nd minute when Topon Minj found Arnold Oliveira with an intelligent cross for the last named to tap in for the second goal of the evening.

The Sesa FA boys did not look disheartened by the second goal and kept pressurising the Dempo lads. However, they failed to cut through their opponents defence with their crosses and nor were their shots at the Dempo goal lethal.

Topn, who had an eventful evening for the winners, ended his name to the goal tally in the 68th minute and Shreyash left SFA with no chance of a comeback by scoring his first goal and the day’s fourth goal in the 73rd minute.