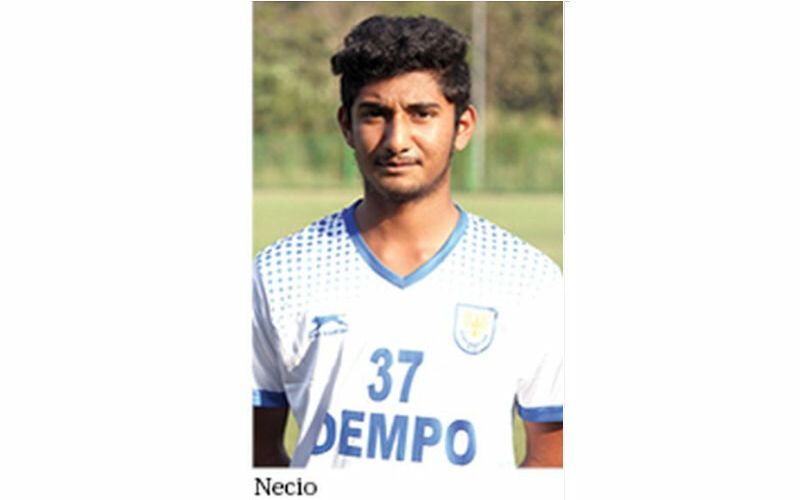 Dempo Sports Club scored a second half penalty goal win over Sesa Football Academy (SFA) to climb to the top of the table of the All India Football Association (AIFF) Elite League (Goa zone) at SFA ground, Sirsaim on Friday.

Despite winning by a goal, the Dempo lads enjoyed dominance for a major part of the match and had it not been for a couple of good saves by Sesa FA keeper Sapam Singh, the game would have had another ending.

Dempo SC dominated from start and had the first forewarning of Sesa FA goalkeeper Sapam in the very second minute when Aman Govekar after receiving a side pass on top of the Sesa box let go a pile driver that was fisted over by the former at the expense of a corner.

Aman, switched his mode from shooter to provider when in the 5th minute he crossed to Vinay Jarhi to his left for the later to shoot over.

Dempo kept attacking and a lot of it was because they were faster to the ball, in comparison to their opponents, and won the second ball with more ease. They got another chance to open their account when in the 15th minute, Velanco Rodrigues – who worked well in the left flank – dribbled past three Sesa FA players from his own half only to see Sesa keeper Sapam deflect his attempt for a corner.

After playing the role of provider, Aman got another opportunity to score when in the 31st minute he had a shot at goal which beat the Sesa keeper but hit the side bar.

Both teams trooped for the break with no score on the board.

Sesa FA started the second session with more earnest and it was in this period of the second session when they got their first good chance of the evening. In the 50th minute, defender Mohammed Shafeeq cut through the Dempo defenders on the left but could not beat their goalkeeper Ryan Souza.

Sesa FA depended on Laishram Meiti in the front line to try and break through the Dempo defence. However, Dempo captain Kidron Fernandes and Aryan Sawant did not give Laishram any space to enter their box.

With Laishram neatly bottled up, Sesa FA skipper Russel Vaz tried some long shots and initiated some counter attacks but with little effect as Saiesh Bagkar and Kanaiya Kamti read through the opponents game plan well.

Dempo Sports Club were rewarded a penalty in the 62nd minute when Velanco was tripped inside the box when he seemed set to break through and referee Ritesh Parsekar awarded a penalty. Necio Fernandes stepped forward to clinically register the first and only goal of the evening in the 63rd minute.

The win has taken Dempo Sports Club to the top of the table with seven points from four matches and FC Goa is on the second with six points from three games. Salgaocar FC is third with the same number of points and game but a worse goal difference.